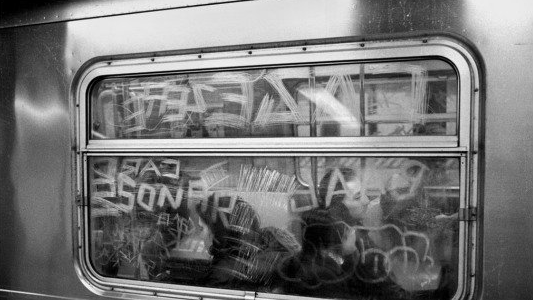 Scratch That: Graffiti, Vandalism and Scratch Art on Public Windows 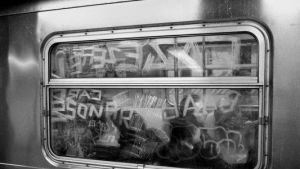 Vandalism of the glass and polycarbonate used in windows of subways, light rail vehicles, buses, trains, sheltered stops, restroom mirrors and windows in commercial buildings is a serious issue. Unlike traditional graffiti, scratch art or ‘scratchitti’ cannot be painted over or washed away by cleaning with solvents; rather, scratchitti on windows is permanent and very costly to fix. For example, it was reported in the Toronto Sun that the Toronto Transit Commission was spending in excess of $1 million each year to replace glass that was damaged by vandals. According the TCRP (transit Cooperative Research Program), the current costs of scratchitti is around $1 billion annually or put another way, this is a large problem.

There are three ways that damage to windows in public transit can be mitigated:

There are multiple companies that supply safety, security and anti-graffiti films. These films are a single layer of high performance, abrasion and chemically resistant coated PET film with an adhesive backing that are applied to the windows using tradition window filming methods; however, because these films are thick (4 mil to 7 mil PET base) application is more difficult and time consuming than a car tinting job. These films perform very well at preventing damage to windows by vandals and graffiti artists; however, the installation and removal of these films is costly.

Given the high installation costs, multi-layer graffiti resistant films, where the costs of application are spread over several layers of film would seem a reasonable solution to this issue. Ideally, such films would offer precision coated abrasion and chemically resistant surfaces that are ‘renewable’ as each outer layer is damaged by swift and simple removal of a damaged sheet; thus, a new clean undamaged surface is exposed and the ‘scratch artist’ gains notoriety for only a few hours, the reputation of the transit authority for clean efficient service is maintained and passengers do not have to look at or through a damaged window. There is, unfortunately, a very limited offering of these multi-layer graffiti and abrasion resistant films in the market. Learn more about our products and solutions.